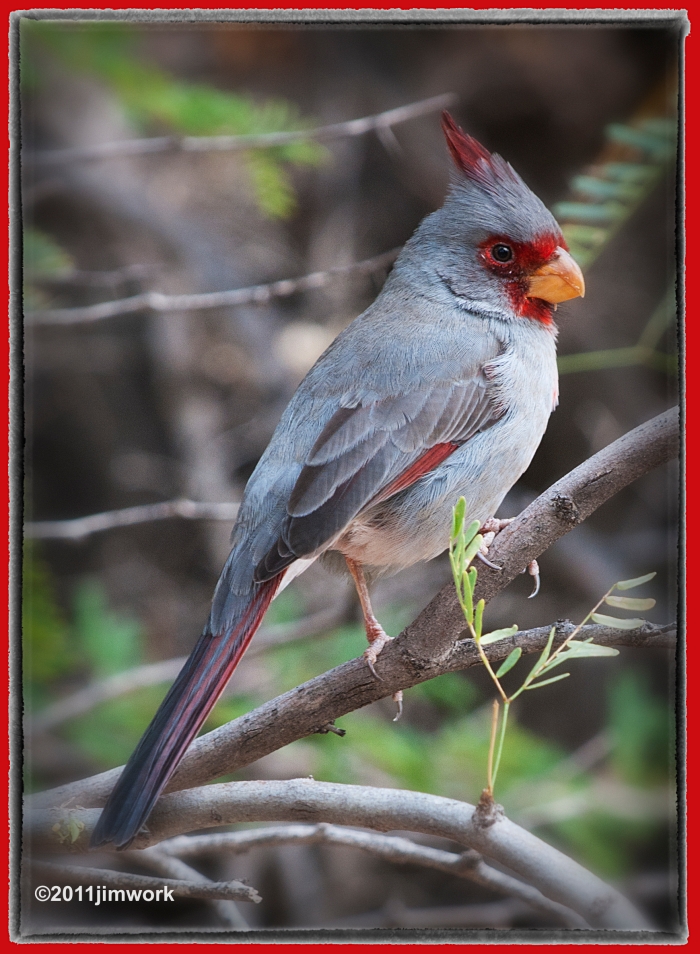 We found this guy at Rio Grande Campground in Big Bend. I never knew there was more than one kind a Cardinal, red ones. Turns out there is this breed that is known as a Silver Cardinal (Pyrrhuloxia). They really are painted a slate like silver which makes their scarlet dusting show even more brilliant. The bill is parrot like and cast in a yellow-gold finish. They were very aggressive in their ground feeding and focused on the search for food. I was allowed to slowly approach and get fairly close before this bold one perched and posed very beautifully.

“You won’t catch a Cardinal,

What kind of snit it’s in.

They may swoop in,

And brush another away,

But then it’s a seed or two,

And they’re all ready to play.

I can’t say for sure,

That a Cardinal won’t lust,

But most seem to be,

The kind of bird I would trust”…Mickey Dee

This is a haven.