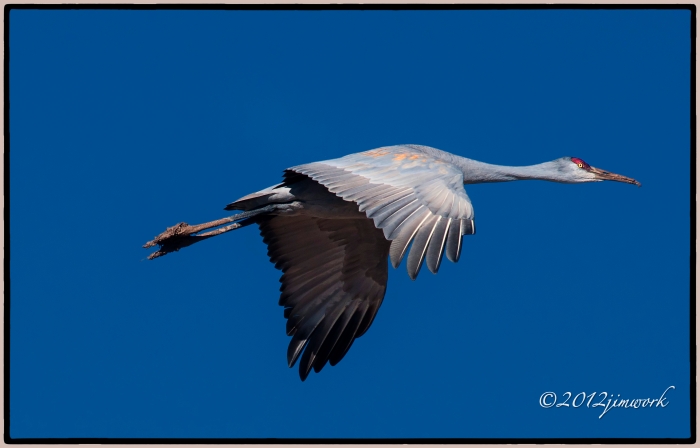 While I have some much more manly birds to present, I just can’t stop being drawn to this image of a Sandhill  crane (Grus canadensis). There are large numbers of them at Bosque Del Apache in New Mexico, and they are also one of the most populace birds in the world. They are a big bird. The male can come in at 10-12 pounds, stand a height of almost 4 feet with a 7 foot wingspan. They have a haunting yet appealing call. For as gangly as they are on ground, they are specimens of extreme grace in flight. The Southwest Indians thought the Sandhill mystical, and that the cranes most surely flew with the songbirds on their backs.

I especially like the extra weight of mud they fly with on their beaks and feet. Little boys have just gotta  find primal appeal in the way these guys dance & play in the mud. Some of us adult men will even want to at least get our shoes muddy after watching them!