Skip to content
James Work Photography in photography May 1, 2012 172 Words 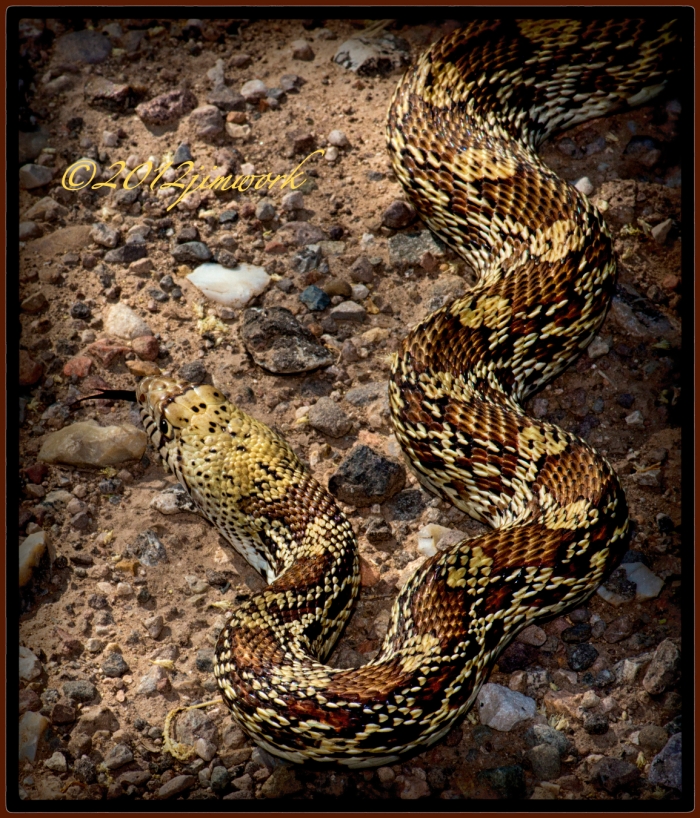 We found this beauty on our morning walk yesterday. He was loosely coiled in the shade of a Mesquite bush and his camouflage was working it’s best to keep him on the down-low.

He did a buy-able  rattlesnake impersonation, flattening his head and hissing loudly. The dogs were quickly cowered along with my muse. I had my 105 Micro on my D800 ( I was on the stalk for damselflies) and even knowing that the Bull-snake is pretty much harmless to humans I was reluctant to get down on my belly facing him. He allowed me to take a few frames before he continued on the search for something edible. As he moved into the bush, I couldn’t resist, I reached down and gently grabbed a hold of him about a foot away from the end of his 6 foot length. He let out another louder hiss to buy his freedom and I was left with just this image of his magic.