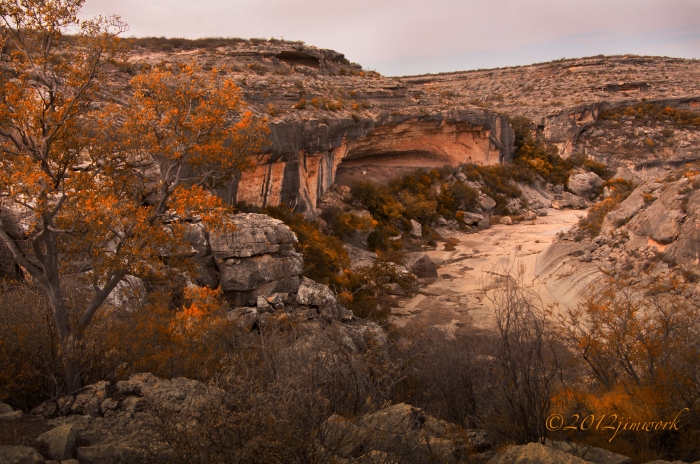 Seminole Canyon State Park and Historic Site is a 2,172.5 acres (879.2 ha) site operated by the Texas Parks and Wildlife Department. It is located on U. S. Highway 90, in Val Verde County, and is adjacent to Amistad National Recreation Area. It is estimated that human habitation of the area began 10,000 years ago, during the Holocene era when mammoth animals would have also inhabited the area. Vegetation is believed to have been a denser and richer variety to support the life of the area. The erosion that happened over the ages can be seen in some of the area rock walls. Indigenous peoples began to leave cave art evidence of their presence some 2,000-8,000 years ago.

Seminole Canyon State Park is a real gem. Quiet, uncrowded (at least this time of year) great facilities for camping and hiking. The actual canyon is off limits to hiking without a guide. A sad statement of man’s disrespect to Mother earth and her earlier inhabitants. We had to be happy with taking the nice Canyon Overlook trail, which was an easy 8 rt mile trek terminating at the Rio Grande. This image was at an overlook into Presa Canyon. My mind could not help itself but to wander back in time and imagine what was. Go there if you get the chance……..enjoy life…..en theos†††jim