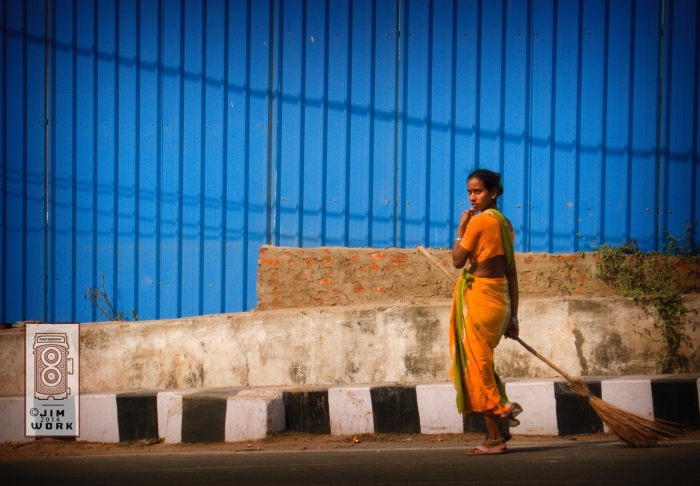 As a photographer of many years, I have my favorite images that I have taken. I have even recorded some of them with a camera.

This one constantly haunts me. It was taken on a “mission” trip to India. I went there to work as a photographer in several orphanages. After three or four days of sitting at a luxurious hotel in Southeastern India, I grew impatient with not ever getting to one of these supposed orphanages.

I confronted and complained to the sponsor I had traveled with and was told that there were no orphanages, it was all a scam, a facade, a ghost of a way for someone to line their pockets.

I was taken to my knees by the realization that I had been lied to, that it was all smoke and mirrors. I felt like such a part of the whole scheme. Feeling dirty and ashamed, I grabbed my little Leica and left the compound of luxury. Something we were warned not to do.

Right as I stepped out of the locked walls this Indian women was there in the beauty of her orange Sari sweeping the street against a huge blue metal building.

I remember thinking why is she here sweeping a road? As I asked myself that question, she turned and glared over her shoulder and I heard her asking “and what are you doing here?”