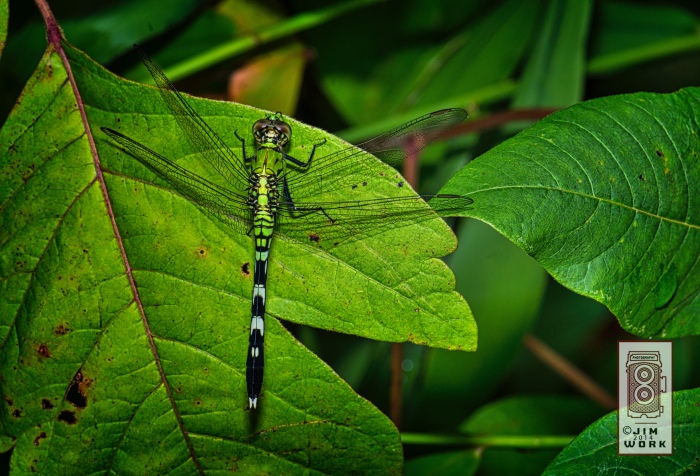 Now, when my roses are half buds, half flowers,
And loveliest, the king of flies has come-
It was a fleeting visit, all too brief;
In three short minutes he has seen them all,
And rested, too, upon an apple tree.

There, his round shoulders humped with emeralds,
A gorgeous opal crown set on his head,
And all those shining honours to his breast-
‘My garden is a lovely place’ thought I,
‘But is it worthy of such a guest?’

He rested there, upon the apple leaf-
‘See, see,’ I cried amazed, ‘his opal crown,
And all those emeralds clustered around his head!’
‘His breast, my dear, how lovely was his breast-’
The voice of my Beloved quickly said.

‘See, see his gorgeous crown, that shines
With all those jewels bulging round its rim-’
I cried aloud at night, in broken rest.
Back came the answer quickly, in my dream-
‘His breast, my dear, how lovely was his breast!’

This poem, originally composed byWelsh poet W.H. Davies in 1928, was the inspiration and lyrical source for the song ‘Dragonfly’ written by Danny Kirwan in 1970 while he was still in Fleetwood Mac.  This was the transitional period of the band, when founder Peter Green had gone nuts and left, Christine McVie had just joined, and Lindsey Buckingham and Stevie Nicks were still a few years away.

The song itself is very beautiful and, for me at least, very entrancing.  Danny adjusted the lyrics, wrote the music, sang and played all of the guitar parts on the record. Shortly after this he also went into a drug-induced exile and was last heard to be living on the streets of London.

more on the sad yet full life of Davies: