Ah yes, some days just don’t go quite like you planned. One day your running free in the jungle and then you felt a little stick and you wake up behind bars with dry hay to eat instead of the fresh garden in which you ran free.

I just got released from the hold of a hospital bed. I felt it was just another of my familliar panic attacks, but my BP went to 247/143 with a pulse rate of 133. I took my regular meds, but just could not get it down and the need to breathe was getting harder and harder. So, we call 911 and it is off to the hospital. A bunch of nice people ( the EMT’s and hospital nurse’s were just incredible), but I would have much met them all someplace for a beer.

The cardiologist was firmly convinced I had experienced a heart attack and must have some blockage in my heart. So, pokes, prods, needles, ekgs, cardiograms of several types and the worst a chemical stress test. So strange to be injected with a drug and see and feel your heart race to 150 beats per minute in less than 60 seconds. Kind of felt like a panic attack.

And in the end, after all the tests it was what I originally thought, a panic attack.

I wonder if the gorilla has figured out his dilemma?

I”m living life free, as it should be, just as I am……peace out….jasL

Crossing back to Texas

A late afternoon crossing of the Red River into Texas via Carpenters Bluff bridge.

Thought it very fitting to have and orange truck show up!

Sorry for the delay in posting. Same old fighting nagging health problems. Cross my fingers I am feeling better and am getting around a bit better. Last series of injections in my back were slow to provide relief, but the drugs seems to have finally found the right area.

Peace out, a special blessing to all our fighting men & women providing for our freedom. Not an advocate of war, but these folks are doing work I didn’t have to do and I thank them for my safe and warm sleep…….monos en theos†††jasL

We watched them graze like cattle. They moved with such grace in the air. Once they left the earth they left their awkwardness behind. It was nothing but grace.

It never ceases to amaze me how a new happening becomes imprinted in the soul. I was not at all prepared when they turned and in mass headed my way, twenty feet off the ground. Directly over me. For just the time of one shortened breath I felt the brush of the soft stir of air as it flowed over and under their wings and through me.

One of those fleeting moments in life that leaves you with no way to replace the feeling of the moment into words. It became like the smell of a freshly washed baby. A smell you will always remember with that part of your heart that stores such things away for your use only.

Since moving to Denison TX over a year ago, St. Patrick’s Catholic Church has been masked behind scaffolding while being restored to her former glory.

I drove by with a setting sun reflecting off the grand old building. She is a seemingly difficult subject when trying to expound the glorious complexity of the over one hundred year old structure.

I would have never thought that I would be trying on a black and white software treatment (NIK Silver Efex Pro 2), But the black and white just seemed to bring out the  resplendent structure. 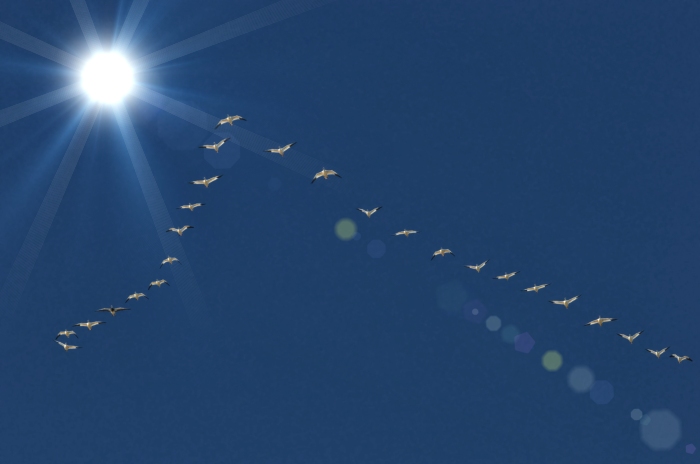 We headed out to Hagerman once again yesterday. The ground was a flood of Snow Geese. They would at some unknown to me signal to take flight. They seemed to be doing practice flight patterns whereby they would fly in circles and sometimes a gaggle would form a loose “V” formation. Just as quickly they would break up and all slowly without any pattern or plan all land once again. Then repeat the process again in thirty minutes or so.

With the current degree of turmoil in the world, It was majestic and to say the least, peaceful to watch nature’s mystery.

I was glad we took the dogs out for a long walk out at Hagerman Wildlife Refuge yesterday evening. Tonight we have a heavy overcast with showers about.

Had a nice sunset with the leftovers of a struggling Sunflower plant and the sky alive with Cranes and Geese.All that and a nice sunset to cap it off.

Just as I find the outside flower pickin’s on the slim and fading away side. I discover the $5.00 bouquets of flowers from Albertsons provide not only a source of beauty for a good week or so. But give me a pretty and kind subject that sits still and poses for as long as needed.

Then the afternoon setting sun rays become reflected off the petals through the vision of a Lensbaby, and all is good.

Beauty feast through my eyes, life slows and becomes almost without season. 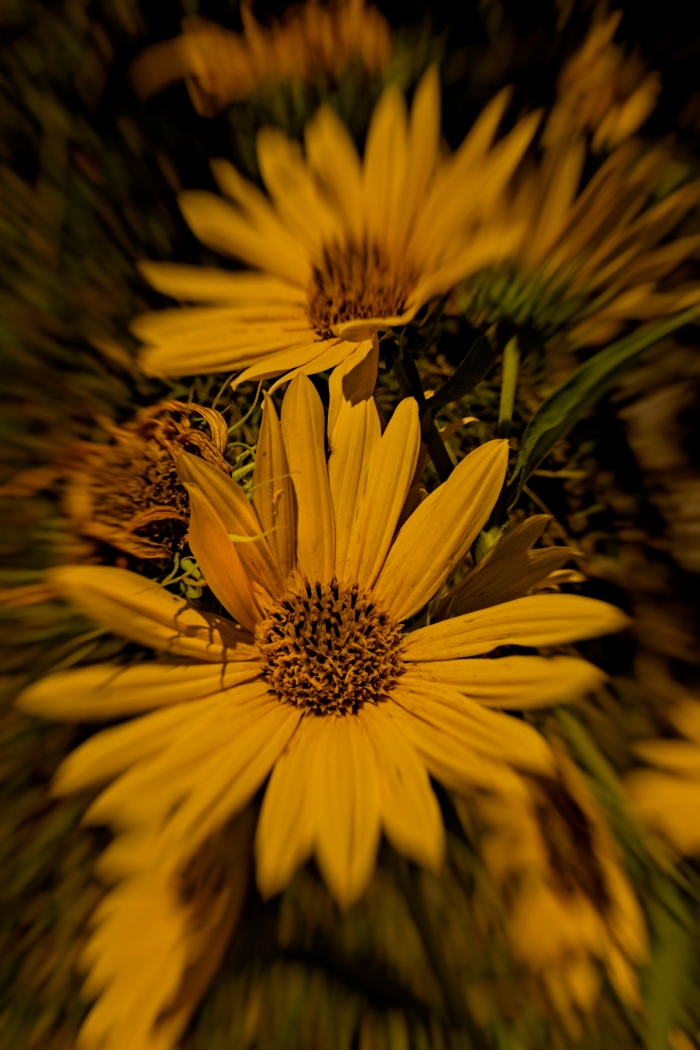 Rainy days are made for:

A. Read a book

As the weather cools and our rainy season is upon us, my body is healing and now I wish I had some flowers to photograph. So, the second best thing is to pull up a summer made image and play around in Photoshop. Rainy day friend and all that.

My deaf rescue dog Grace is such a good friend. She knows how to pick me up when I am down. Every morning she greets me like she has never seen me before.

She is totally deaf except when I let out a loud sneeze ( sorry, I learned it from my dad). That scares the hell out of her and she runs to mama when I do let one blow.

My digestive disorders are almost in check. I was diagnosed with microscopic colitis. A nasty little bug, but the steroids they put me on seem to be doing the trick. Hell, they should cure most anything at $1300.00 for a one month dosage. Luckily I only have to take them for two months.

Still working on my back and hip problems. Had a cortisone injection in the left hip on Wednesday. Felt so good I will go back next week for one in my right hip.

Ah, the pleasures of living to become an old fart. Keep looking in the rear view mirror to see what falls off next…….monos en theos ††† jas L

I have been having some lower intestinal issues now for a few weeks. Several tests looking for the problem. I am beginning to feel like a car going to a mechanic for diagnosis. You go in and the doc plugs into your circuitry and runs a machine to diagnose the problem. Only problem is, it doesn’t show up on the computer, so the doc shakes his head and sends you to another doc who repeats the process with a different apparatus only to have the same “can’t find anything” answer

So today it is off for another “procedure” for a closer look into my lower GI system. I can’t help but always be reminded of Billy Crystal in City Slickers delivering his monologue to a class of elementary age kids about how as we get older we have a lot procedures.

Anyhow, I have also been “irregular” on posting and will probably continue with that trend until we get to the “bottom” of it all.