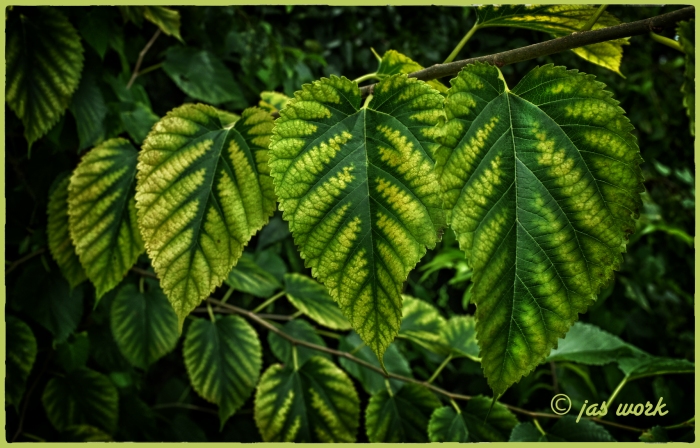 “Nature will bear the closest inspection. She invites us to lay our eye level with her smallest leaf, and take an insect view of its plain.”      Henry David Thoreau

I am still getting used to the color green that dominates our landscape. I have just been in Denison TX for a little over a year. In that span of one year we have darn near had as much rain as I saw in 20 years of  West Texas.
It brightened my day when I found some leaves that sported a bit of a warmer color.
It is pouring again today. My rain gauge shows 2″ so far. Somedays I do so miss the desert.
monos en theos † james

I grew up in West Texas. My family up and moved to the Dallas area when I was thirteen. I can remember this feeling that came over me of feeling a bit closed in. When you grow up with the open skies of West TX, it can be just a mite claustrophobic with all the trees and hills. You throw in a few days of solid cloud cover, with rain mixed in and well…I guess it is something that only someone from the vastness of open skies can relate to.

So, under wet and grey clouds, I had to pull up an old West Texas sunset to brighten the day…monos en theos…†…jim

A regular staple of the West Texas landscape.

I feel such a hypocrite to complain of what the whole process does to our mother earth,

as I sure expect it to be there when I fill up my thirsty Chevy truck.

Across the street from yesterdays “Sunset Motel”, and looking west instead of east, there was a whole different view.

The rails do run both ways. Just be sure to remember to look both ways before crossing!

There is little to compare with West Texas skies.

I strived to capture a lightning bolt

I grew afraid, cowered in the truck

Added the lightning via the safety of photoshop. 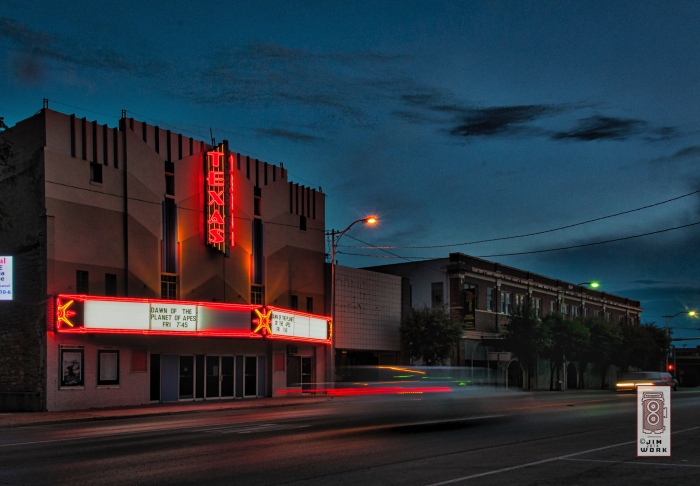 As much as we sometimes feel we wish we could, you cannot go back.

But ever so often, in spite of the absolute clarity of that truth, we get a brief moment in time that we can almost feel that we have.

The Texas theatre in “downtown” Sweetwater TX is one of those places.

Driving by in late dusk, it was hardly possible to not stop.

I was lazy and didn’t even bother to pull out my tripod. I rested my Nikon against a light pole for this 2 1/2 second exposure.

I was shooting at a sunset when I felt a small bump at my feet and here was this lovely creation scurrying about. He was a good sized “pede” about 5-6 inches long. And this dude was fast. No time to get the macro kit. It was take it or leave it. I grabbed 3 or for frames as he moved across an asphalt trail and disappeared into the West TX weeds. 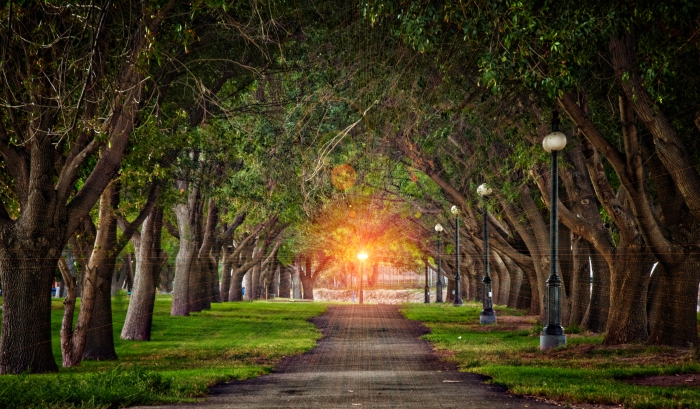 I don’t know that I have had the death of anyone close to me effect me any more than that of Robin Williams. I am right now in a small West Texas town on a work assignment. While getting coffee this morning the breakfast bar was a buzz with “smart ass” comments about his suicide. Sadly,red necks trying to be funny rarely are.

I wanted to scream something, but the words would not come, only tears. It made me so glad that I do not live in this part of Texas any longer.

I came back to my room and the blog below was in my email. Had to share. It is said with words that I can’t find right now.

I’ve been coming across some incredible posts on depression and suicide since the tragic death of Robin Williams. I wanted to share some of them with you. Please feel free to leave comments with other links you have found helpful this week.

Thoughts on depression, suicide, and being a Christian by Nish Weiseth

But there’s another kind of evil lurking around the halls of the depressed, and it’s the belief that those who are stricken with depression (or any mental illness) are suffering because of their lack of faith in Jesus. “If only you’d pray for more joy,” people say. “If only you’d ask God to take the pain.”  Or, “Is there unresolved sin in your life?” Or how about this one, “If you’d just meditate more on God’s Word…”

Folks, saying someone is depressed or suicidal because they aren’t praying enough, are self-absorbed, sinful, or don’t have a deep enough faith? It’s abusive. And it needs to stop. Now.

The depressed Christian: Why the dark night is no measure of your soul by Megan Tietz

In that season, I went back to my roots: reading the Bible, praying, singing songs of praise, trying to keep gratitude lists. No matter what I did, no matter how hard I prayed, no matter how often I cried out, I couldn’t force my mind to course-correct. I was acutely aware of how broken my brain was but felt absolutely powerless to fix it.

And yet in the midst of that dark time, my heart absolutely thrilled with joy. Watching the boys sleep next to each other, tucked into each other because that’s how you sleep when that’s all you know – it made my heart crack wide open with joy. Silly conversations and long hugs from my girls, giggly text messages from my husband … yes, there was light and joy and love and moments of clarity in the midst of those hard, hard days.

Why “YOU ARE NOT ALONE” Is A Lie by Carlos Whittaker

Imagine for a moment…
You are surrounded by every single person in the world who loves you.
There is a celebration of who you are and there is a huge party happening.
Everyone is waiting to talk to YOU and tell you that they love you and you are amazing.
Sounds awesome huh?

Now imagine you are in a space suit.
You can barely hear what anyone is saying and although you are being hugged, you can’t feel anything.
In the midst of not being “alone”…
You are alone.

In which depression is NOT your fault by Sarah Bessey

Since the tragic death of Robin Williams, I have seen some terrible, misinformed, and abusive bullsh*t online about depression and mental illness. This normally wouldn’t be enough to make me type as passionately as I am right now but this stuff is coming from a few vocal and influential Christians. I see it being shared around on social media like candy. And it makes my blood boil and my heart ache.

I hate to think of my beloved people reading that kind of damaging stuff. Heaping condemnation and guilt and fear on the heads of the suffering is akin to tying a millstone around someone’s neck. This is a heinous and evil thing to do.

Robin Williams’ Death: a reminder that suicide and depression are not selfish by Dean Burnett

I’ve said it before, and I’ll say it again; dismissing the concerns of a genuine depression sufferer on the grounds that you’ve been miserable and got over it is like dismissing the issues faced by someone who’s had to have their arm amputated because you once had a paper cut and it didn’t bother you. Depression is a genuine debilitating condition, and being in “a bit of a funk” isn’t. The fact that mental illness doesn’t receive the same sympathy/acknowledgement as physical illness is often–referenced, and it’s a valid point. If you haven’t had it, you don’t have the right to dismiss those who have/do. You may disagree, and that’s your prerogative, but there are decades’ worth of evidence saying you’re wrong.

but the worries of the world, and the deceitfulness of riches, and the desires for other things enter in and choke the word, and it becomes unfruitful. “And those are the ones on whom seed was sown on the good soil; and they hear the word and accept it and bear fruit, thirty, sixty, and a hundredfold.”      Mark 4:19-20

“The most beautiful people are those who have known defeat, known suffering, known struggle, known loss, and have found their way out of the depths. These persons have an appreciation, a sensitivity, and an understanding of life that fills them with compassion, gentleness, and a deep loving concern.”

This is a haven.