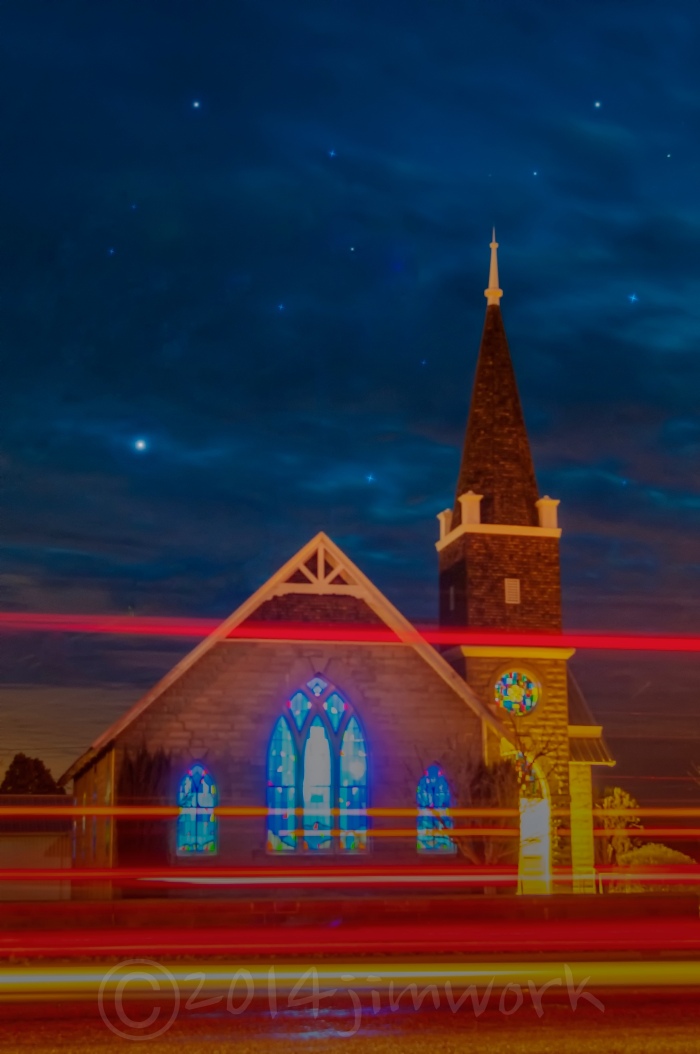 We were driving home from a afternoon of hard work, as if getting to make photographs for a living should ever be considered hard. But photography was taught to me as an 80% furniture moving & 20% photography kind of operation. Anyhow, I was tired and my back was aching.

We have driven by this church many times. I have stopped to photograph it during daylight, but this time it was late dusk on a Wednesday night. The structure was aglow with cool blue light and warmth from within.

The photograph could and should have been a lot better. The highlights are blown out and I wasn’t sure if I liked the lights of the oilfield trucks that just keep on coming by. Still, the image stands up for me. Mainly because I took the effort to stop and record a visual opportunity.

So often I have zipped on past such offerings and then beat myself up for days and weeks for the would of, should of, could of thinking. So it stands as much more than just an image of a church in passing.

We also were blessed by the spirit of old hymns drifting to us between the rumble of passing trucks. I have often wondered how the heck can a multi-denominational church work?  I have only attended single denomination churches and the bickering there amongst like minded folks has most often driven me away. Yepp, it was worth the stop.